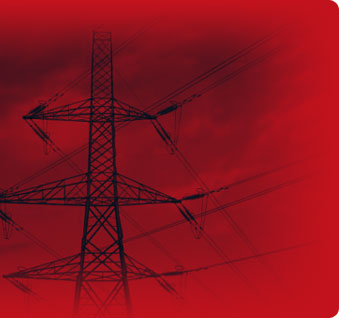 A heat transfer mechanism that can transport large quantities of heat with a very small difference in temperature between the hotter and colder interfaces. Inside a heat pipe, at the hot interface, a fluid turns to vapor and the gas naturally flows and condenses on the cold interface. The liquid falls or is moved by capillary action back to the hot interface to evaporate again and repeat the cycle.

A typical heat pipe consists of a sealed pipe or tube made of a material with high thermal conductivity such as copper or aluminum. A vacuum pump is used to exclude all fluids (both gases and liquids) from the empty heat pipe, and then the pipe is filled with a fraction of a percent by volume of working fluid, (or coolant), chosen to match the operating temperature. Some example fluids are water, ethanol, acetone, sodium, or mercury. Due to the partial vacuum that is near or below the vapor pressure of the fluid, some of the fluid will be in the liquid phase and some will be in the gas phase.

The inside of the pipe's walls an optional wick structure exerts a capillary pressure on the liquid phase of the working fluid. This is typically a sintered metal powder or a series of grooves parallel to the pipe axis, but it may be any material capable of exerting capillary pressure on the condensed liquid to wick it back to the heated end. The heat pipe may not need a wick structure if gravity or some other source of acceleration is sufficient to overcome surface tension and cause the condensed liquid to flow back to the heated end.

Heat pipes contain no moving parts and typically require no maintenance, though non-condensing gases (that diffuse through the pipe's walls, result from breakdown of the working fluid, or exist as impurities in the materials) may eventually reduce the pipe's effectiveness at transferring heat. This is significant when the working fluid's vapour pressure is low.

The advantage of heat pipes is their great efficiency in transferring heat. They are a much better heat conductor than an equivalent cross-section of solid copper. A heat flux of more than 230 MW/m has been recorded (nearly four times the heat flux at the surface of the sun).[1]

Active control of heat flux can be implemented by adding a variable volume liquid reservoir to the evaporator section. Variable conductance heat pipes employ a large reservoir of inert immiscible gas attached to the condensing section. Varying the gas reservoir pressure changes the volume of gas charged to the condenser which in turn limits the area available for vapor condensation. Thus a wider range of heat fluxes and temperature gradients can be accommodated with a single design.

A modified heat pipe with a reservoir having no capillary connection to the heat pipe wick at the evaporator end can be used as a thermal diode. This heat pipe will transfer heat in one direction, acting as an insulator in the other.

Compared to a one-dimensional tubular heat pipe, the width of a two-dimensional heat pipe allows an adequate cross section for heat flow even with a very thin device. These thin planar heat pipes are finding their way into "height sensitive" applications, such as notebook computers, and surface mount circuit board cores. Companies such as Novel Concepts can produce flat heat pipes as thin as 0.5 mm (thinner than a credit card).

Heat pipes employ evaporative cooling to transfer thermal energy from one point to another by the evaporation and condensation of a working fluid or coolant. Heat pipes rely on a temperature difference between the ends of the pipe, and cannot lower temperatures at either end beyond the ambient temperature (hence they tend to equalize the temperature within the pipe).

The vapor pressure over the hot liquid working fluid at the hot end of the pipe is higher than the equilibrium vapor pressure over condensing working fluid at the cooler end of the pipe, and this pressure difference drives a rapid mass transfer to the condensing end where the excess vapor condenses, releases its latent heat, and warms the cool end of the pipe. Non-condensing gases (caused by contamination for instance) in the vapour impede the gas flow and reduce the effectiveness of the heat pipe, particularly at low temperatures, where vapor pressures are low. The velocity of molecules in a gas is approximately the speed of sound, and in the absence of non condensing gases, this is the upper velocity with which they could travel in the heat pipe. In practice, the speed of the vapor through the heat pipe is dependent on the rate of condensation at the cold end.

When making heat pipes, there is no need to create a vacuum in the pipe. One simply boils the working fluid in the heat pipe until the resulting vapor has purged the non condensing gases from the pipe and then seals the end.

An interesting property of heat pipes is the temperature over which they are effective. Initially, it might be suspected, that a water charged, heat pipe would only work when the hot end reached the boiling point (100 C) and steam was transfered to the cold end. However, the boiling point of water is dependent on absolute pressure inside the pipe. In an evacuated pipe, water will boil just slightly above its freezing point (0 C). The heat pipe will operate, therefore, when the hot end is just slightly warmer than the melting point of the working fluid. Similarly, a heat pipe with water as a working fluid can work well above the boiling point (100 C), if the cold end is low enough in temperature to condense the fluid.

The main reason for the effectiveness of heat pipes is the evaporation and condensation of the working fluid. The heat of vaporization greatly exceeds the sensible heat capacity. Using water as an example, the energy needed to evaporate one gram of water is equivalent to the amount of energy needed to raise the temperature of that same gram of water by 540 C (hypothetically, if the water was under extremely high pressure so it didn't vaporize or freeze over this temperature range). Almost all of that energy is rapidly transferred to the "cold" end when the fluid condenses there, making a very effective heat transfer system with no moving parts.